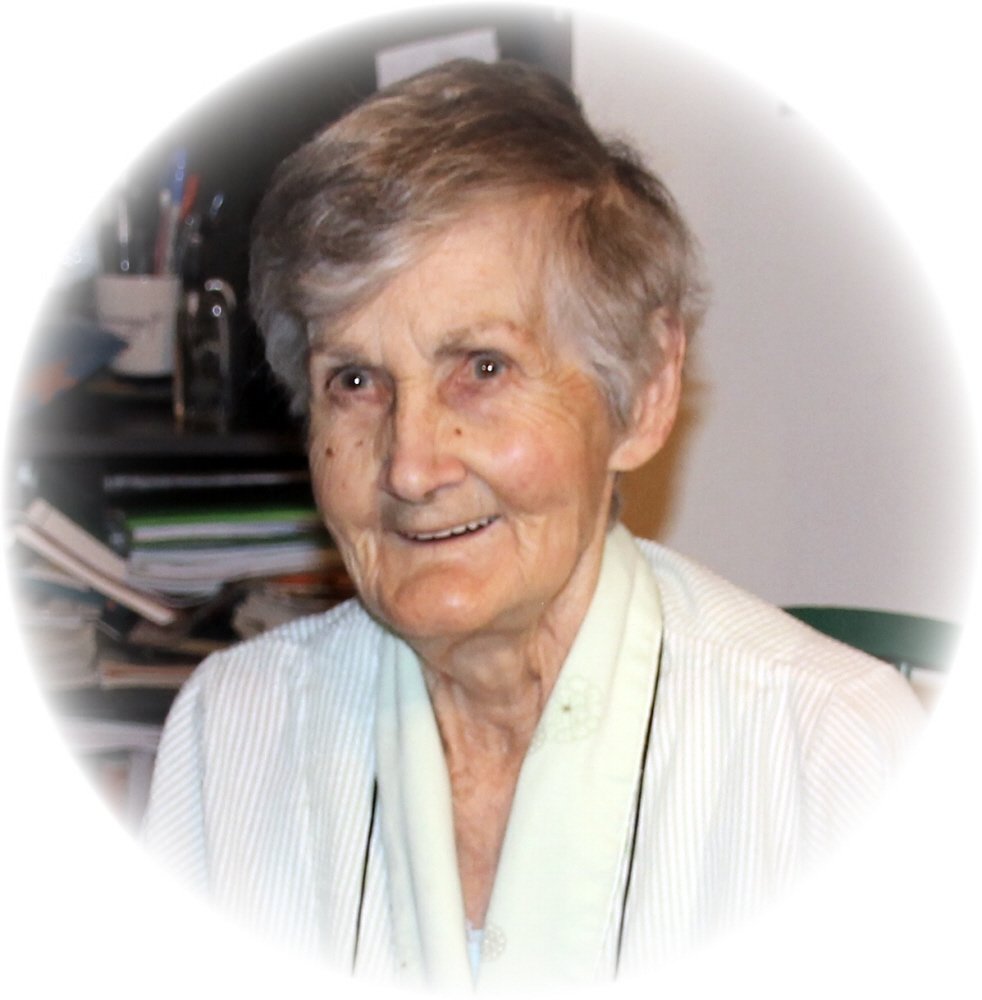 Peacefully at her daughter’s residence, in Saint John,NB, on Sunday September 6th,
2020;  the death of (Kit) Catherine Mary (Rule) Richardson, wife of the late Gordon Howard formerly of  Heathland, NB. Born in Hong Kong, she was the daughter of the late Col. Donald Gordon Rule and Mary Burges (Stacey) Rule.

Kit was born on August 4, 1929 in the Crown Colony of Hong Kong, where her father, an officer in the British Indian Army, was stationed with his regiment. Her early years were spent in Punjab, where she remembers seeing snakes and mongooses in the jungle near her home. The family returned to England in the late 1930s and she remembered seeing searchlights in the sky over London during the Nazi Blitz. She was to have been sent to Canada for safety, but the sinking of an evacuee ship led to a change of plans. She was sent to Scotland to live with relatives in Edinburgh, where she spent the remainder of the war years. She trained briefly as a teacher but found her true calling as a nurse. She trained at Guy's Hospital in London, where she tended to families in the city's Dockland area (familiar to those who have seen the recent British TV series "Call The Midwife"). She spent her holidays driving around Britain and Europe on a Vespa motor scooter. In the mid-1950s, Kit set out for Australia, planning to attend the 1956 Summer Olympics in Melbourne. She stopped in Montreal, planning to work for a few months, but ultimately decided to stay in Canada, where she married, had her children, and made her home for more than 60 years. She returned to her nursing career after settling with her husband and family in New Brunswick, working for many years at the Charlotte County Hospital in St. Stephen. Throughout her life, she continued to enjoy travelling and visited many countries in the company of her cousins and children.

The family would like to thank friends and family who have been supportive during this difficult time.  Also health care professionals nurses Pat and Erin and RT Heidi from EMH, Dr Jennings and Dr Wildish from Palliative Outreach. A special thank you to

EMH RN Marjorie Young and family physician Dr. Graham MacNeil for going above and beyond for Kit and her family.  Thank you to granddaughter Erin and Wayne’s
sister Karen for respite care: with Erin’s help, we were able to keep Mom at home in a familiar environment.

By Catherine’s request there is to be no visitation. Cremation will take place, followed
by a private family graveside service at a later date at St. Stephen Rural Cemetery, where she will be laid to rest beside her husband.

Share Your Memory of
Catherine
Upload Your Memory View All Memories
Be the first to upload a memory!
Share A Memory