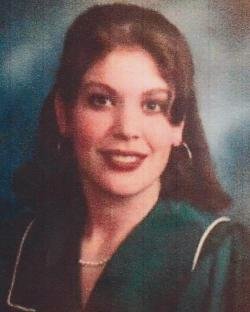 HALEY JANET - Unexpectedly in Dufferin, NB, Janet Louise Haley, daughter of Bill & Pearl (Kernighan) Haley of Dufferin, NB. Born in St. Stephen, Janet worked for Passamaquoddy Lodge in St. Andrews, NB as an RA. Surviving in addition to her parents Pearl & Bill are her sister Donna Linton,(Garnett)of Pomeroy Ridge,NB, 2 brothers Travis (Christine) of Little Ridge, NB and Craig of Saint John, NB, a special friend, Ryan Weston, several aunts, uncles and cousins. There will be no visitation. A graveside service will take place later in the spring at St. Stephen Rural Cemetery In lieu of flowers donations to the St. Stephen Food Bank or to the Charlotte Co. SPCA would be appreciated by the family. Online condolences to the family or condolences may be made at www.humphreysfh.com Arrangements have been entrusted to the care & direction of Humphreys Funeral Home, 20 Marks Street St Stephen, NB E3L 2B2 (506 … 466 … 3110)

Share Your Memory of
Janet
Upload Your Memory View All Memories
Be the first to upload a memory!
Share A Memory