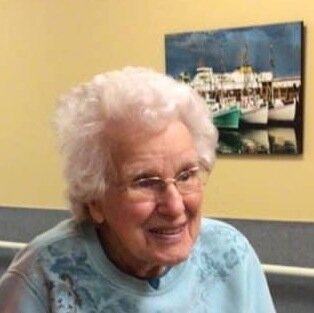 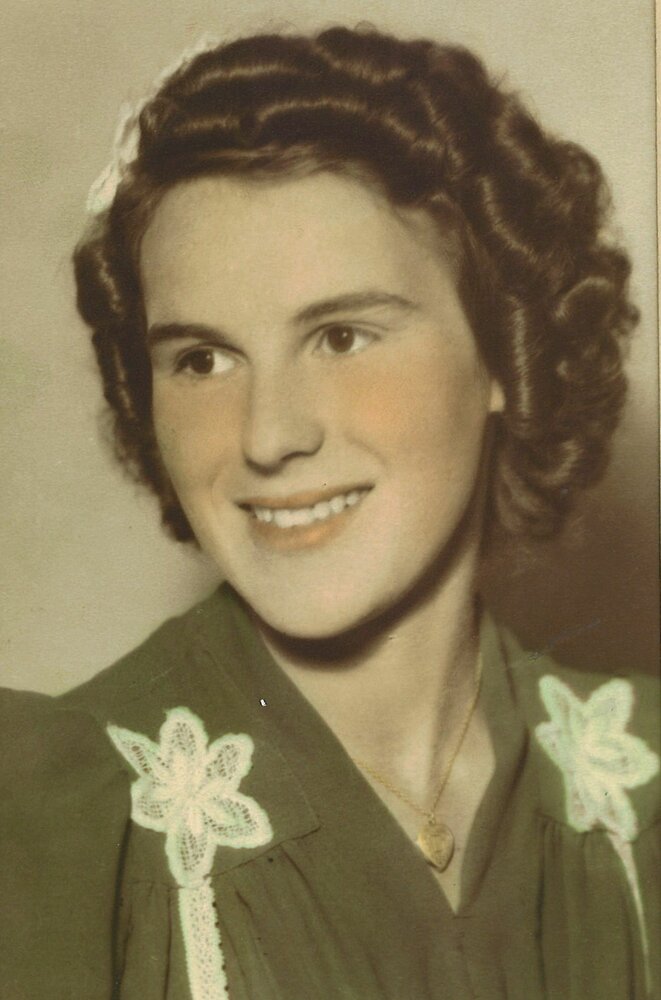 Reccording of the funeral and graveside can be found at

After finishing Grade 10 on Grand Manan, Estella completed secretarial and bookkeeping studies at a business college in St. Stephen. She then worked for a year in a law office in Saint John before returning to Seal Cove, working first in the office of the Connors Bros. sardine factory, and then as office manager at General Marine machine shop. At various times, she also worked stringing and boning herring in the family smoked herring business (Harvey & Bleumortier), and packing and boxing sardines at the sardine factory. She was a faithful member of the Seal Cove United Baptist Church, where she served the church and community in countless ways.

Estella was devoted to Mansell, her children, grandchildren and great-grandchildren, loving and supporting them unconditionally. Her love, abundant generosity, and commitment to family, friends and all who were blessed to know her, made her home the gathering place where delicious food was shared, precious memories made, and lifelong bonds forged. Her door and table were open to all and she loved and was loved beyond measure.

Estella's family is sincerely thankful for and grateful to all the staff at the Grand Manan Nursing Home for the wonderful care and compassion she received over the past three years. They also wish to convey heartfelt thanks to the nurses at the Grand Manan Hospital who cared for her and family members during her final hours. Their kindnesses will never be forgotten.

The family will receive friends during a time of visitation on Tuesday, August 2, 2022 from 6-8 PM at the Seal Cove United Baptist Church (1904 Rte. 776, Grand Manan). A funeral service will be held the following day, Wednesday, August 3, 2022 at 1:30 pm from the church. While it is not required, the family would appreciate it very much if masks are worn at these gatherings.

Share Your Memory of
Estella
Upload Your Memory View All Memories
Be the first to upload a memory!
Share A Memory