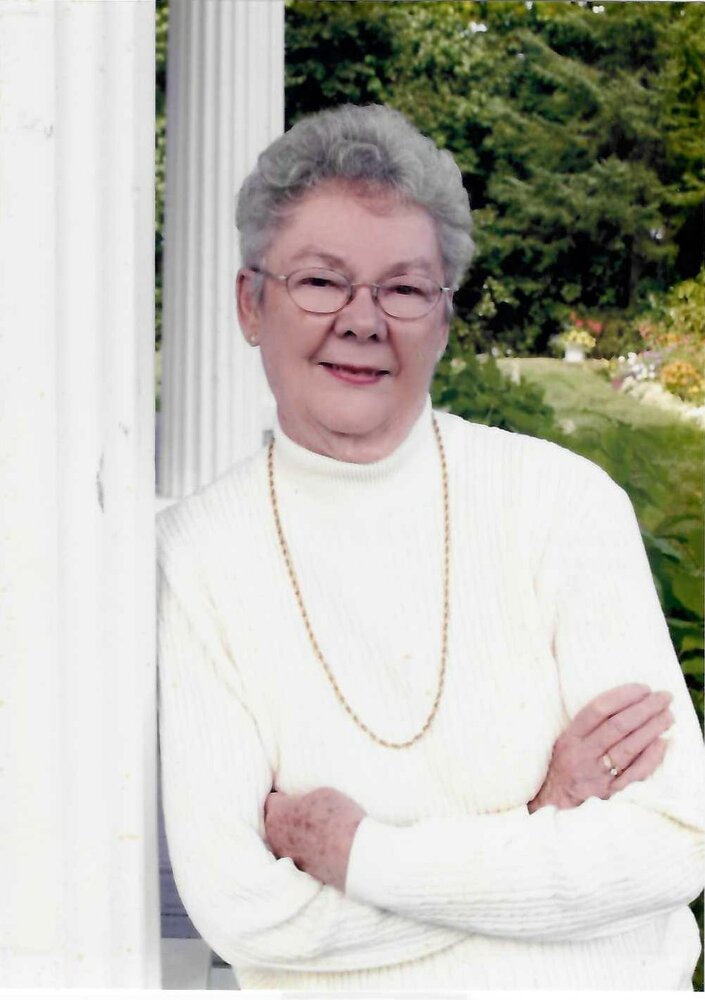 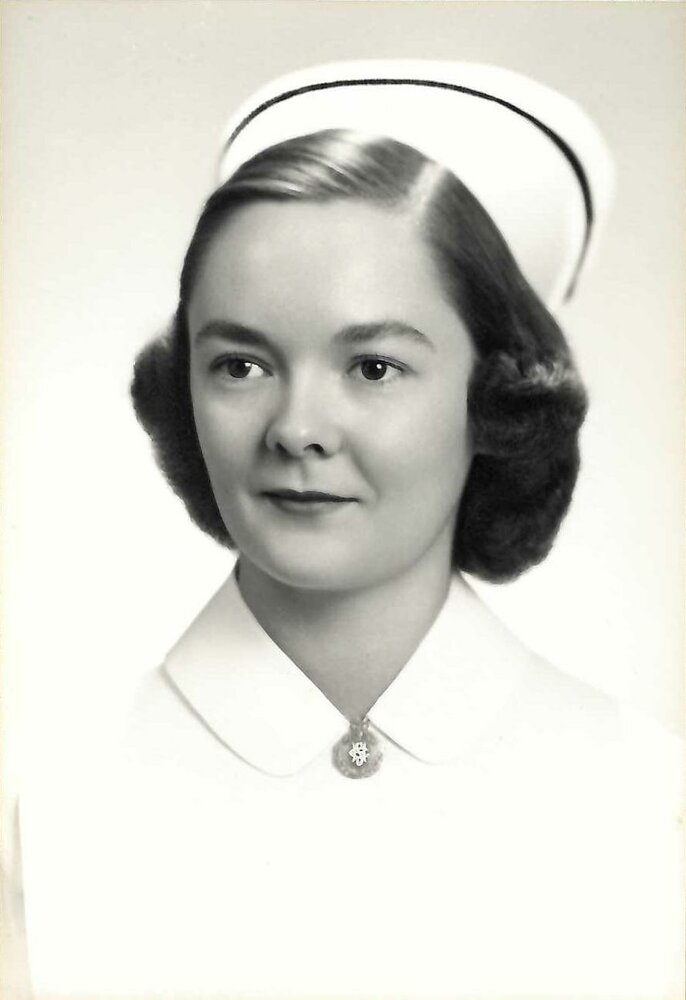 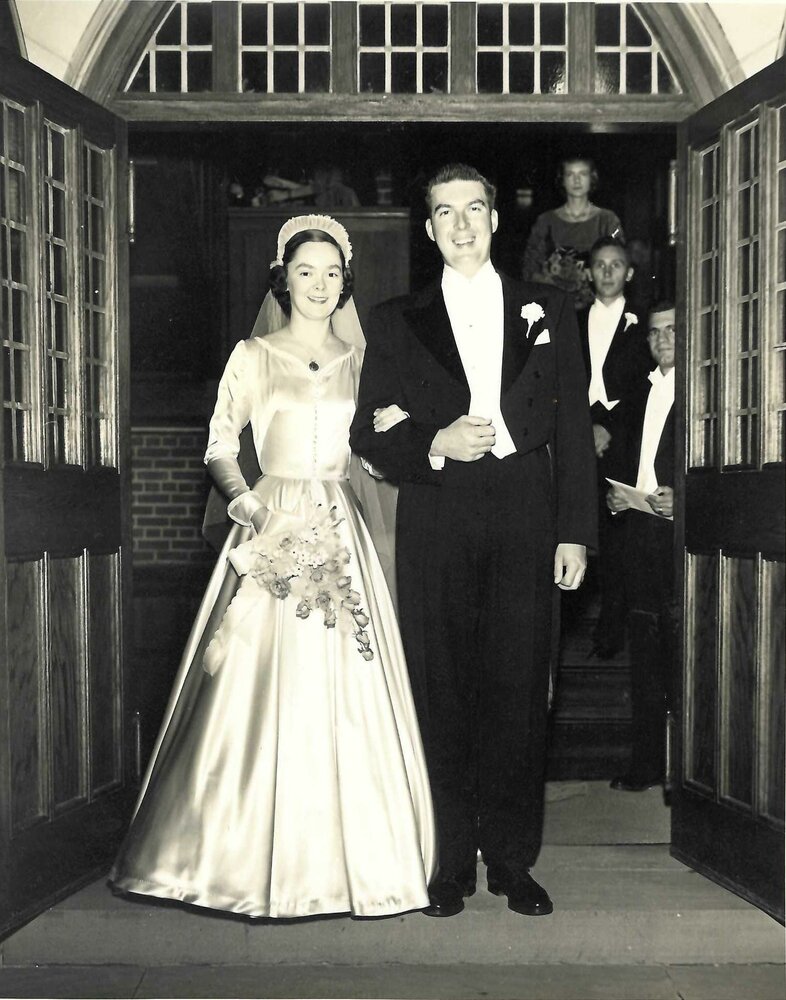 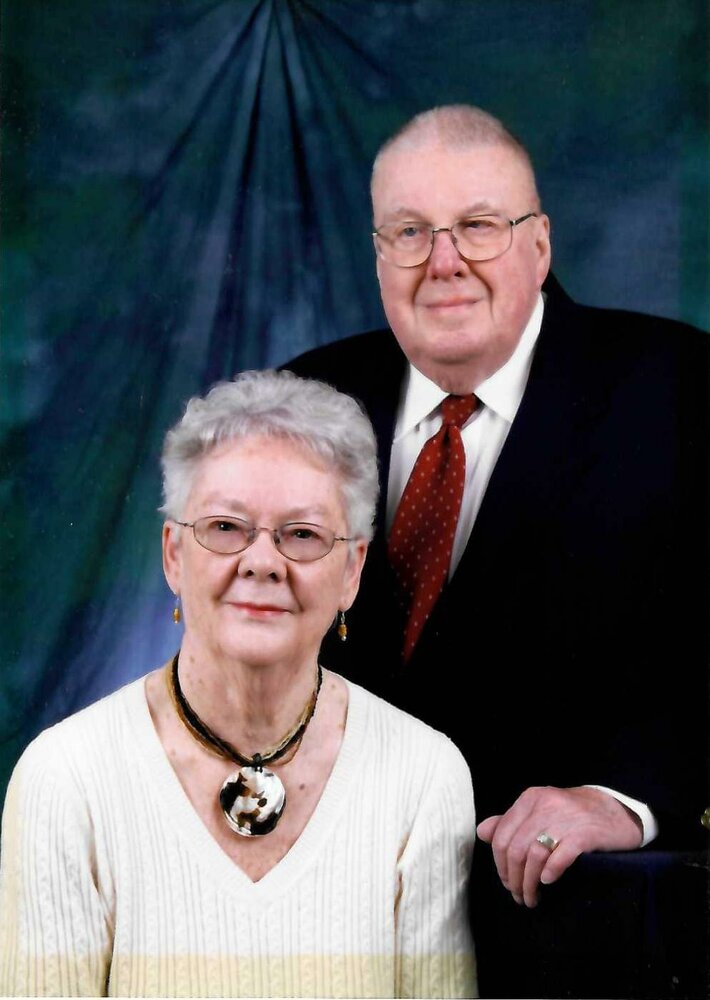 At Lincourt Manor, St. Stephen, NB, on Monday, July 4, 2022, June Marilyn (Poulton) Chandler, pre deceased by her loving husband Jim.  June and Jim were high school sweethearts, married in 1953 and were devoted partners in life for over 65 years.

Born in Toronto, Ontario on June 7, 1929, June was the daughter of the late Mel and Ida Poulton.  June graduated from the School of Nursing at the Hospital for Sick Children in Toronto in 1951 and worked as a dedicated nurse until the arrival of her children.   Her compassionate nursing skills were evident throughout her life, nursing children through childhood ailments and injuries and caring for Jim in his later years.

June and Jim moved from Toronto to St. Stephen in Dec 1967.  When June stepped off the plane in Fredericton with 3 children under the age of 8 on that snowy Dec day, it was the first time she had set foot in New Brunswick.  In 1973 June returned to the work force when she and Jim opened Chandler Jewellers in the Charlotte Mall.  June was an equal partner, managing all the financial aspects of the business, as well as the finances of the household, a strong and quiet strength behind the scenes.

June was creatively gifted as a painter, a seamstress, a quilter, a knitter, a decorator of intricate Ukrainian Easter Eggs and was an avid reader.  Her ideal quiet time involved a cup of tea and a good book.

June was a long-time member of Christ Church, St. Stephen.  She sang in the choir and belonged to the quilting group.  She was also involved with the Hospice of Charlotte County.

June is survived by her children Betty (Rick Nolin) of Mississauga, ON, Thom (Sherree) of Fredericton, NB, John (Tracey) and grandson Jack of Edmonton AB, her cousin Bill Apted (Christine) of Oakville, ON and her niece Margaret Saunders (Paul) of Mississauga, ON.

The Memorial Service for June Chandler will be held on Saturday, Sept. 17, 2022, at 11:00 am at Christ Church, 30 Prince William St, St. Stephen, NB, with interment to follow at St. Stephen Rural Cemetery.

In lieu of flowers, memorial donations can be made to Christ Church (Anglican Parish of St. Stephen) or SickKIds Foundation, supporting the Hospital for Sick Children in Toronto.

Share Your Memory of
June
Upload Your Memory View All Memories
Be the first to upload a memory!
Share A Memory