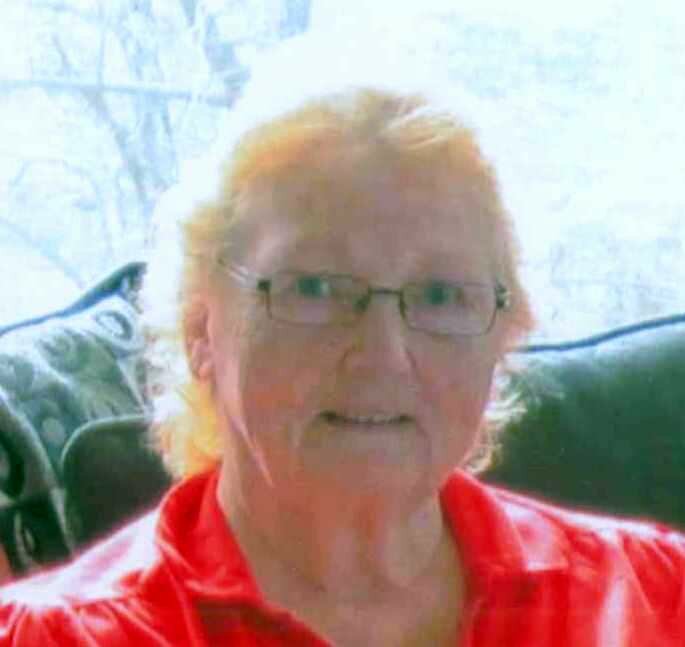 Judy Anne Crosby, who loved to be called “Mom” by her kids and “Nanny” by her Grandchildren, departed her loving family on June 27, 2022.

Judy was wife and best friend to Glenn “Skip” Crosby of Heathland NB. She was born on May 4th, 1940 in St. Stephen, NB to Velma Irene (Scott) and Cecil Ward of Meddybemps Maine.

Judy is survived by sisters Paulyne Ward (Larry Hamilton) of Meddybemps Me, and Brenda Shope of Brewer Me.

Judy was predeceased by her parents, Stepmother Helen (Gordon) Ward and sister Janet Ward, all formerly of Meddybemps Maine.

Judy had worked at the Ganong Candy Factory in St. Stephen for several years. In her later years and until she retired you could find Judy behind the counter at Hardwick’s Country Store in Calais Maine. She loved to talk and have fun with her customers and co-workers. She enjoyed seeing everyone and finding out how they were doing.

Judy had a passion for traveling with her beloved husband Skip. They would take to the road and drive across Canada; taking detours along the way to add as many adventures as possible to their trip. Only to get home and have a list of other places they want to visit on their next trip.

The family would like to express their gratitude to the staff at Lincourt Manor for the immeasurable love and care given to Judy over the years. You became her extended family and she loved you all.

In lieu of flowers donations to Lincourt Manor would be appreciated by the family. On line condolences to the family or donations can be made at www.humphreysfh.com

Share Your Memory of
Judith "Judy"
Upload Your Memory View All Memories
Be the first to upload a memory!
Share A Memory