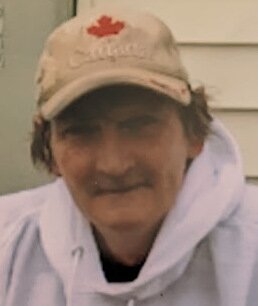 Michael Tinker son of Dorothy and the late Allen (Bruddy) Tinker, passed peacefully on January 9, 2022 at St. John Regional Hospital after a brief battle with lung cancer. He was born February 7, 1965. He leaves behind his mother Dorothy Tinker. Partner Charlene Marston, daughters Sherri and husband Matt Pike, Vicki Marston and grampy’s baby girls Elizabeth, Danielle and Emily Pike and Sophie and Zoie Parker. He is survived by his siblings, Kevin (Tunya), Jaime (Alberta), Barbara (Max), Steven “Teea” (Shelly) and Trisha (Tracey) and their families. He will be missed by his nieces, nephews, great nieces and nephews, aunts, uncles, cousins and many loving and caring friends. Michael followed in the footsteps of his father, making a living on the sea, fishing was in his blood. He worked as a fisherman and as a Sternman (deck dummy as he would say). He had a few sayings like “Who Loves Grampy’s baby girls?”The answer was always “You do grampy, you’re the very best”.  When not on the sea Michael loved it at the lake camping and spending time with his grandkids and of course his road sodas. He was the happiest morning person and a good friend to all, always willing to lend a helping hand. His heated building was always left open for all to use and more than one 4 wheeler was repaired there. Campobello will not be the same without Michael’s infectious laugh and amazing outlook on life. His mom wishes to say that she was the first in the family to touch him as a baby and the last in the family to touch him as a man. Cremation has taken place, due to border restriction at this time there will be no visitation or funeral. The family hopes to be able to organize one for the spring. Care entrusted to Humphreys’ Funeral home (20 Marks Street St. Stephen NB 466-3110). On Line condolences to the family can be made at www.humphreysfh.com