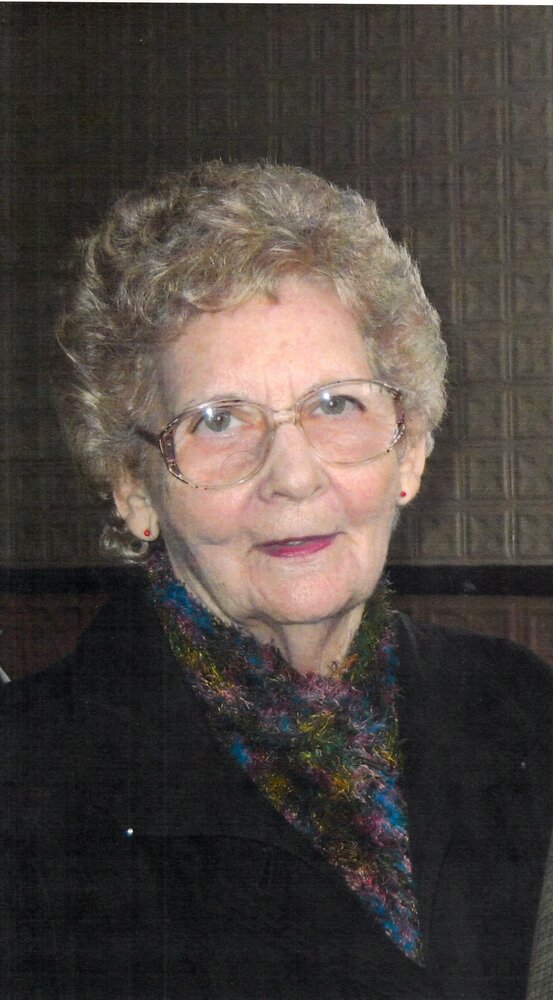 Ruby completed her certification in Home Nursing with The St. John Ambulance in 1956. Along with home nursing, over the years Ruby worked at various places including the Fairport Restaurant, Moosehead Breweries, and the Cash & Carry in Saint John. After moving to Charlotte County, she worked at Starkist Tuna in Bayside.

Ruby adored her son and her grandchildren and enjoyed spending time with them, as well as the larger McKinley Family. She and Ralph loved hosting large family gatherings at the river in Elmsville.

Ruby and Ralph were members of the NB Antique Auto Club and enjoyed going to car shows and parades. Ruby loved the Elmsville community; attending suppers at the hall, getting her hair done at Dolly’s, and attending the Elmsville Anglican Church. Ruby had a great sense of humour and could be counted on for a witty comment and enjoyed a good full moon.

A graveside service will be held at the Christ Church Anglican Cemetery in Elmsville, NB on Saturday, October 23 at 11:00 am.

Due to the current circumstances surrounding the pandemic and with the rise in cases within the province; by the direction of  the Dept. of Public Health; masks are to be worn if physical distancing can not be accomplished.

In lieu of flowers, donations to the Elmsville Anglican Church Building Fund would be appreciated by the family. Online condolences to the family or donations can be made at www.humpfreysfh.com.

Share Your Memory of
Ruby
Upload Your Memory View All Memories
Be the first to upload a memory!
Share A Memory