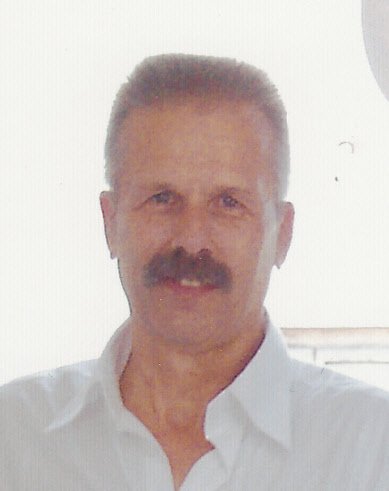 The family of Peter W Frye is sorry to announce that after a long and determined battle against cancer he passed away peacefully at Charlotte County Hospital August 7, 2020.

The family would like to thank the Charlotte county hospital staff floor one, Extramural, Charlotte County cancer, and Home Support for giving us the resources to have him home with us for the month of July so that we could have more people see him and relax and create more memories even including a party for his 78th birthday!

Peter’s younger years were in Pennsylvania - he and his young family relocated to Canada in the early 70's and after a few odd jobs around their farming life he became involved with the port of Bayside. He and his first wife started the growth of the port with a stevedoring company and the build of the cold storage that he designed.

One of the many ventures then drawn to that location was a regular trade with Cuba - which later led to him meeting Mercedes who proved to be his key to happiness for 25 years.

In his tenure at the port he served as one of the largest employers in the community. And, taking his role in the community equally serious, served in the local Chamber of Commerce and was a long-standing member of his local Kiwanis club. He served on boards that were industry related as well and later consulted with past clients even after his departure from the port in the interest of bringing further business and prosperity to the area.

By Peter’s request there will be no visitation or service. Cremation will take place. For those who wish to make a donation in Peter‘s memory - Charlotte County Cancer, Saint Stephen Kiwanis club, or a charity of the donor’s choice would be appreciated by the family. Online condolences to the family or donations can be made at www.Humphreysfh.com

Share Your Memory of
Peter
Upload Your Memory View All Memories
Be the first to upload a memory!
Share A Memory