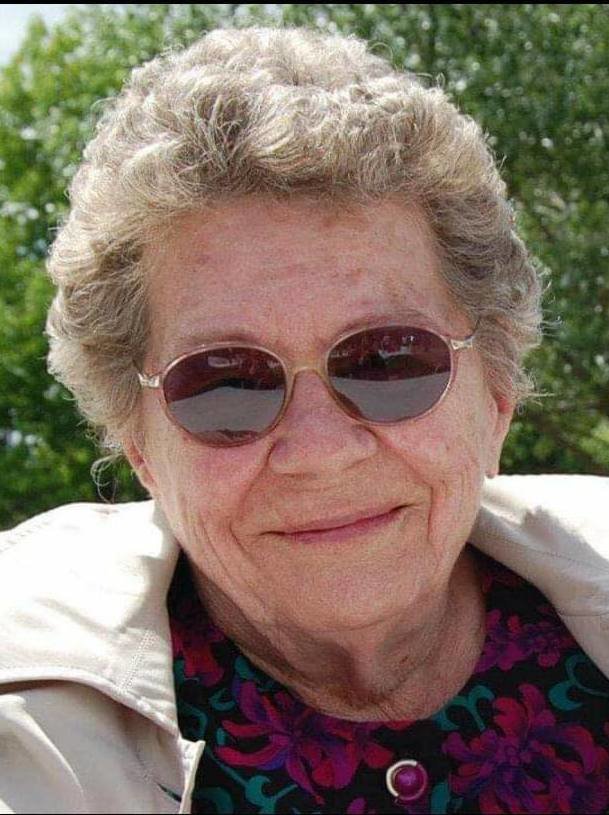 Alberta Frances (Cunningham) Hooper born October 12, 1933
It is with extreme sadness the family of Alberta Hooper announces her death occurred on August 1, 2020 after a 8 year battle with cardiovascular disease resulting in dementia.  In her final days she was in the company of family, and under the loving and compassionate care of the Passamaquoddy Lodge staff in Saint Andrews, NB.

Alberta was born and raised in Bocabec, New Brunswick. Once Alberta and Perry married they selected Wiley’s Corner (just outside of Saint Andrews) for their home overlooking the St. Croix River with sunset views to establish their roots and raise their children.

Alberta held a strong conviction for volunteerism. This started in the early 1970’s with door to door charity collection for the Heart & Stroke Foundation, then it expanded over the years as she went on to become a board member for various organization such as: Bye-the-Sea Pentecostal Church, St. Andrews Figure Skating Club, the Bocabec Cemetery, St. Andrews Quilters, as well as President for the St. Andrews Seniors and a representative for the Charlotte County Seniors.

Items she was most proud of were her children, her various achievements, quilting, and her numerous fundraising efforts including contributions towards the expansion wing at the Passamaquoddy Lodge.
Alberta will be deeply missed by her family, friends, those whose lives she has touched as well as a community that benefited from her time and energy.  We put you into God’s hands now, so that you may rest in peace. Until we meet again!

Due to the current COVID-19 environment, the family has opted for a private family only service at graveside scheduled for Friday, August 7th which will be recorded for remote participation and viewing.
The family would appreciate you sharing your memories and condolences with them, they can be left atwww.humphreysfh.com

In the memory of Albert’s passion for her community and seniors, the family asks for donations to be made in her memory to the Passamaquoddy Lodge towards palliative/dementia care.

Share Your Memory of
Alberta
Upload Your Memory View All Memories
Be the first to upload a memory!
Share A Memory