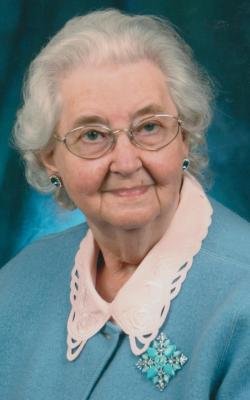 LAWLESS PAULINE M.- With great sadness we announce the passing of Pauline May Lawless (Russell). Born May 23, 1923 in St. Stephen, she was daughter of the late Clarence & Rhoda (Doran) Russell. She is survived by her son James (Angela) Lawless son-in-law Richard Babcock, Granddaughters; Tricia (Kevin) Calder, Courtney (Jarod) Parsons, Heidi (Shaun) Anderson, Jamie (Jenna) Lawless; Grandsons James (Lucian) Lawless, Jared Babcock, Tyler (Morgan) Lawless, Samuel Lawless, four great granddaughters, Kallie, Jacey, Mia, and Aubree and two great grandsons; Cole and Connor. She was predeceased by her husband, Bernard Francis Lawless Jr.,whom she married September 9th, 1946, her daughter, Ann Babcock, sister Constance and brothers Victor and Reginald, and grand daughter Erin. In addition to taking pride in her family, Pauline participated in and served on numerous committees and organizations, taking great joy in serving her community and church. Some of Pauline’s accomplishments was that she graduated from SSHS in 1940. During that period she won many prizes such as the Canadian Club Essay Prize, the literature prize, the arithmetic prize. After high school she went on to graduate from the M.J. Crabbe Business College in 1941. She went on to gain employment with Lever Bros. Ltd working as their secretary for the manager from 1941 … 1946. Pauline was a longtime member of Union Street Atlantic Baptist Church, involved as a member of the senior choir and the handbell choir. She was Past President and life member of the Ladies Auxiliary Milltown Branch #48 RCL. She received her 50th & her 60th Anniversary service medal. She served as secretary for 11 years, Treasurer for 13 years and President for 2 years. Pauline was the Past President of the Charlotte County Hospital Auxiliary, Past President, Treasurer, Secretary of the Baptist Guild, Past Teller of Sunday School, Past member of Chocolate Fest. Committee, Past member of the Girl Guide Association, Past member of Home & School Association, a member of the Chocolate Lovers Society and a member of the St. Croix Valley Seniors. By Pauline’s request there will be no service at this time. Friends will be welcome to attend a celebration of her life to be held at graveside at St. Stephen Rural Cemetery later in the spring, with time and date to be announced. In lieu of flowers donations may be made to the Union Street Atlantic Baptist Church, Charlotte County Hospital Auxiliary or any of your own local community organizations, would be appreciated by the family. On line condolences to the family or donations can be made www.humphreysfh.com Arrangements have been entrusted to the care & direction of Humphreys Funeral Home, 20 Marks Street St. Stephen, NB E3L 2B2 (506 … 466 … 3110)

Share Your Memory of
Pauline
Upload Your Memory View All Memories
Be the first to upload a memory!
Share A Memory