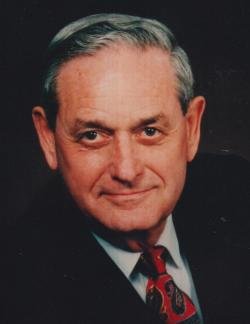 DRUMMIE FRED R. - Fred passed away at Passamaquoddy Lodge, St. Andrews, New Brunswick on December 14, 2018. He had been living with Alzheimers for many years. Born and raised in Saint John, New Brunswick, he was the son of the late J. Harold Drummie, Q.C. and Winnifred (Blair) Drummie. He received his education through the Saint John elementary and secondary school systems, the University of New Brunswick and as a Rhodes Scholar at Oxford University. Throughout his 38 year career of public service Fred had the pleasure of advising Premiers and Ministers in the Governments of New Brunswick and Nova Scotia, and the Government of Canada. He retired in 1993 as Associate Deputy Minister of Indian Affairs and Northern Development. Subsequently he returned to public service as Executive Assistant to the Minister of Transport whom he accompanied to the Departments of Human Resources and National Defense. He was a Commissioner and Chairman of the Roosevelt Campobello International Park Commission, a Commissioner of the Judicial Remuneration Commission of New Brunswick, a Director of the Huntsman Marine Science Centre and a Chairman of the R.C.M.P. Pay Council. Fred leaves behind his wife Madeleine, his son Eric (Sarah Powney), his daughter Ann and grandson Christopher, “Grandpa Fred” will also be missed by his step son Jonathan Good and his children Rowan and Malcolm. Predeceased by his brother Tom, he is mourned by his sister … in … law Betty (McCullough) nephew Blair, and niece, Gretchen. Arrangements have been entrusted in the care of Humphreys Funeral Home, 20 Marks Street, St Stephen, NB E3L 2B2 (506 … 466 … 3110) and on line condolences to the family or donations may be left at www.humphreysfh.com In keeping with Fred’s wishes there will be no visitation nor funeral service. A donation to Hospice of Charlotte or a charity of your choice would be appreciated. A special thank you to our Passamaquoddy Lodge family. We will be forever grateful for your care and kindness.

Share Your Memory of
Fred
Upload Your Memory View All Memories
Be the first to upload a memory!
Share A Memory